Today my Aunt and Uncle celebrate their 54th wedding anniversary! Here’s a scrapbook layout with their wedding photo. (Used a scrapbook kit that I am currently working on.) 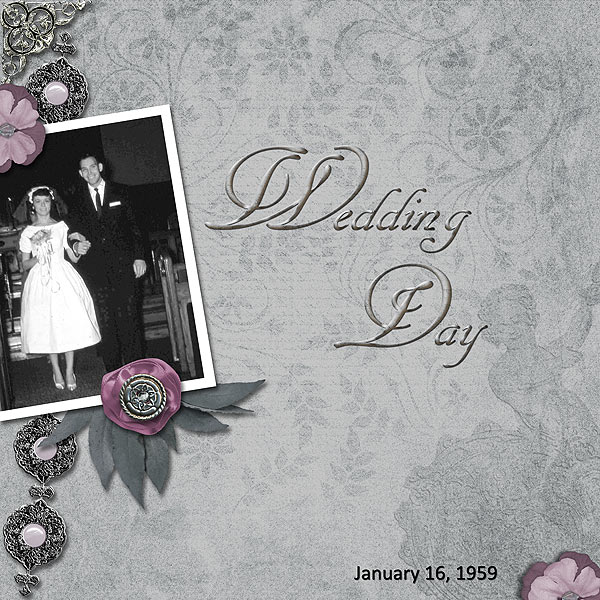 In keeping with the Geneablogger Wednesday themes of (Almost) Wordless and Wedding, today’s post is a tribute to the 151st wedding anniversary of my 2x’s great-grandparents Charles James and Emma Ibach. They were married in Pottstown, Pennsylvania on February 28, 1861. I don’t have an actual wedding photo, but they are pictured here in a family photo along with one of their daughters. I used my own scrapkit for the layout. 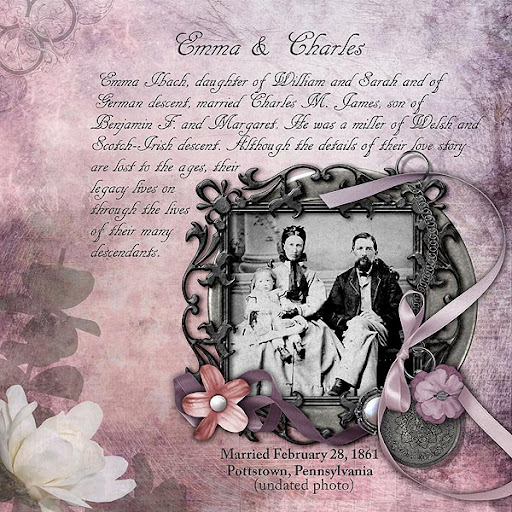 I’ve been told that my grandfather had a rule – only one of his children could get married each year. This made for some interesting family dynamics in the late 1950s. You see, there were seven children in the family, my Mom being the youngest. The first wedding to take place was that of my Mom’s 2nd oldest brother. He married in 1952. After that, the weddings apparently stalled out until my Dad, at some point in 1957, announced to his future in-laws that 1958 was “the year” that he and my Mom would marry.

At first the other siblings weren’t sure if he was serious. My Dad was close friends with my Mom’s older brothers and if you were familiar with his sense of humor, you would understand why they thought he might be joking! Once my Uncle Larry, my Mom’s oldest brother, realized that my Dad was completely serious, he quickly proposed to his long time girl friend and they planned their wedding before the end of 1957. Thus my Uncle Larry and Aunt Lucille married December 29, 1957. And the story doesn’t end there – my Mom’s sister Jane claimed 1959, leaving 1960 for their brother Charles. 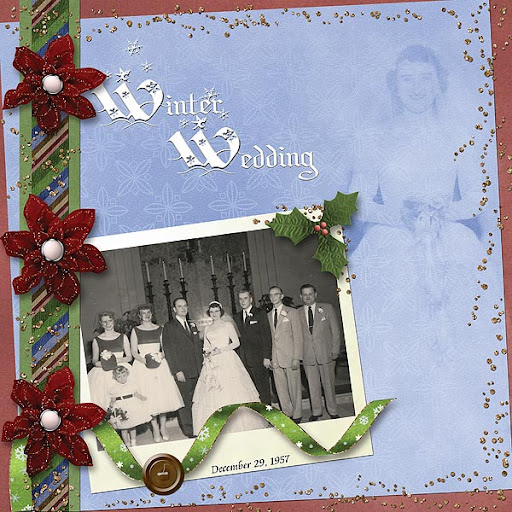 Photos of my grandmother Ada (Evans) Garner and her brother Herman Evans. 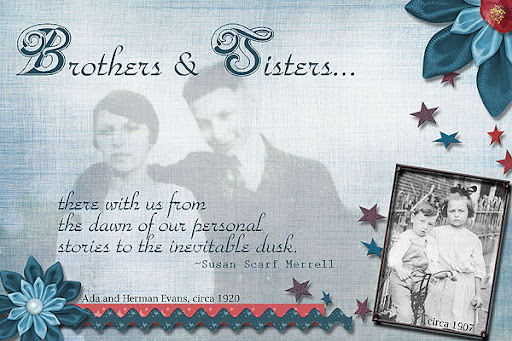 Credits: background photograph is circa 1920; smaller photograph circa 1907; scrapbook kit is one of my own.

I have something a little different today. Over on geneabloggers.com one of their blogging prompts is “Wedding Wednesday.” So I was thinking maybe I would play along. Recently I made a digital scrapbook page of my Mom on her wedding day. The photos were taken at my Grandparents’ house shortly before the family left for the church. (The scrapbooking kit that I used is one that I designed.) 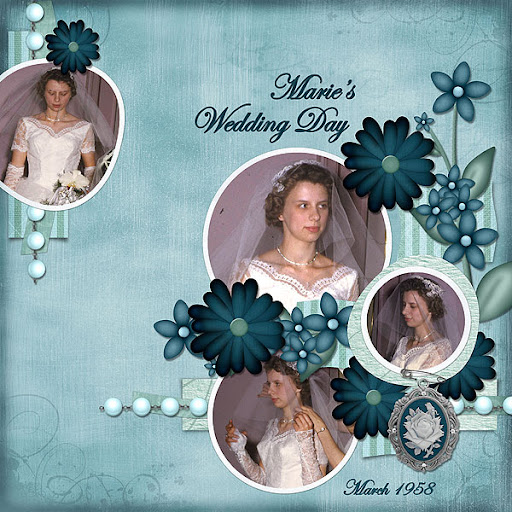 So thanks for looking. Have great day and I’ll be back soon with more posts!